August has always been an intriguing month for me. I always feel different about it. Maybe because it is my birthday month. or maybe it is the time of the year when i feel like the end of the year is coming. It's a good thing though, right? The year of 2020 hasn't been a great one so far. Everyone thinks that by next year, the pandemic situation will start improving. It's the hope that is keeping us together.

Let's talk about this month only, for now. A lot of things happened. Some were good, some were weird and some were unexpected. I want to start by sharing how my experience with Reddit went.

Before that, Let me tell you that I have (again) started to build a newsletter.

The newsletter is called Psych 🧠. It is a bi-weekly newsletter where I share with you amusing psychological insights which can prove to be beneficial in your personal as well as professional life.

Unlike Designtack, which is a product, I didn't know where & how to promote a newsletter. I did it on forums, communities, social media but that didn't seem to yield much result. Some googling led me to a post on a random website where a lot of people said that Reddit is great place if it works out.

I found a sub-reddit called r/psychology and thought, this would be the suitable place to promote my newsletter around psychology. So, I posted a link to one of the post from the newsletter.

What happened then? I got criticized for not mentioning a "proper" study related to the topic discussed in the newsletter, people in the comments said it's spam & the research is not true. A few appreciated it.

Even though I received around 65+ upvotes, I was surprised by the comments, 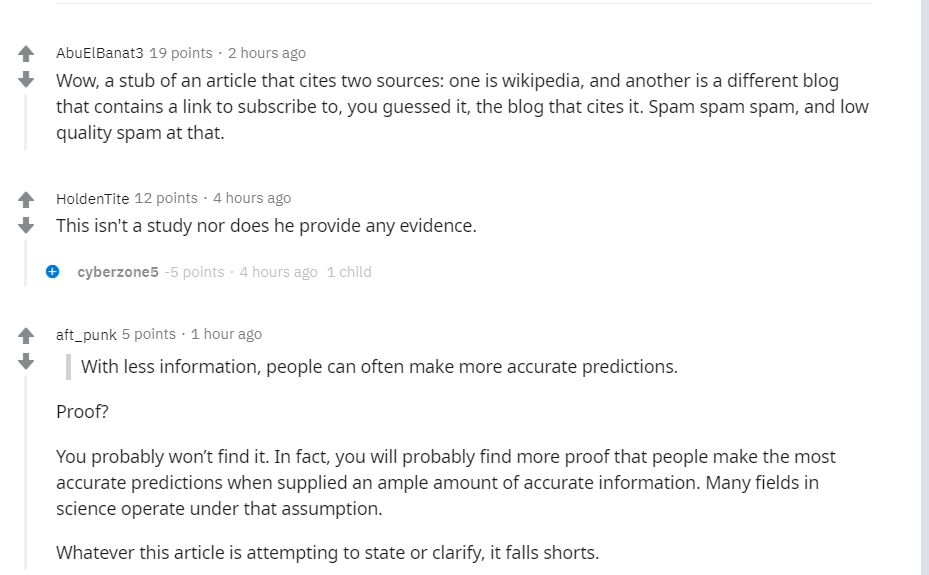 One thing I want to clarify is that the research discussed in the post is indeed a proven bias. There does exists a study which confirms it. I had mentioned it in the references section.

Before I could reply to these people, I get a notification. 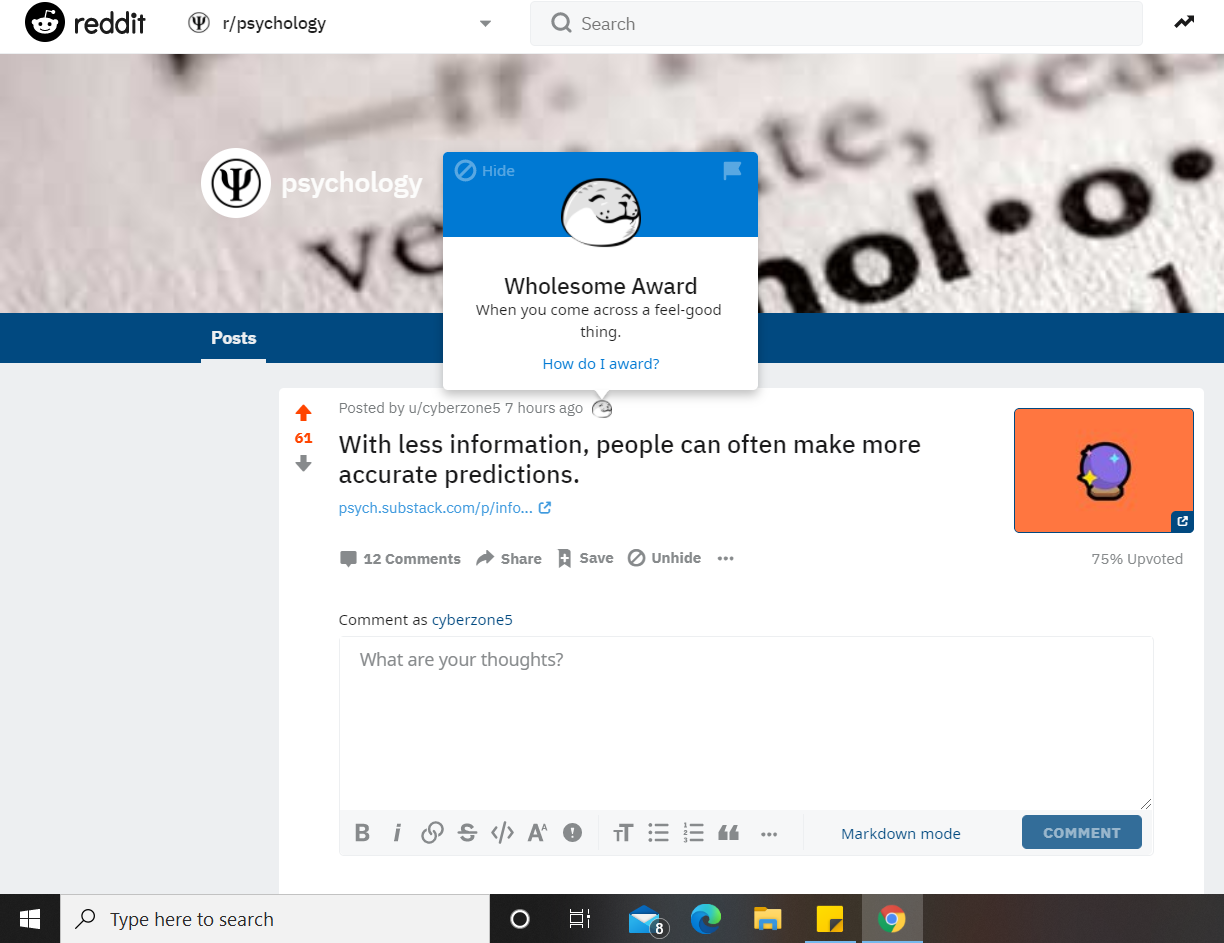 Reddit is a weird place. Even though the upvotes were higher than the negative comments, the post got removed. No reason given. I could've debated with the people but they took down the post before I could even process all this.

What I learnt from this?

While I did NOT get any subscribers, I received the highest number of views on that particular post. I don't regret this but I am glad that I know (somewhat) how Reddit is.

Statistically speaking, Psych currently has reached 30+ subscribers. I am going all in the research, consistency and efforts. If you take a look at all the Newsletter posts published so far, You can see that I do cite references to necessary sources and studies. One Newsletter post takes me around 2-3 days for a proper research.

It's totally free and for now, I have no plans to make money off this.

Things aren't going much good with it. I have contacted users and asked for feedback a lot of the times but here's the thing. People are appreciating the tool but not using it. Isn't it weird?

For the users, I built a quick mode, a wizard based option where they can just enter text and website name. It generates the social media content for them automatically. I thought this could bring back users but it didn't.

Except talking to users, promoting on social media, I haven't done anything special on the marketing side because a lot of the times I am feeling that I can't do anything with it.

I need to start considering it as a failure even though it taught me great number of lessons.

If you are wondering for the stats, Here they are with comparison:-

The difference of 20 in content created is by me only, I guess.

Would you call your product a success if you were the only user of it?

For me, I don't know but what I know is that putting more efforts into something which isn't giving me the results, not even close to what I expected, should be reconsidered.

What I am going to do after it ends? I have a few ideas but let's see if they work out.

That's it for this month. Tough times, for sure. My current focus will be the Newsletter, Psych. Also, To start brainstorming for the next adventure, for the month of September.